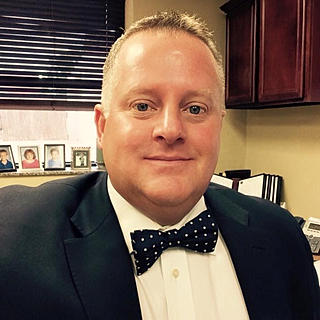 Thrive Church - Extension Loan Fund Thrive Church was a re-launch effort of an existing church in Redemption Ministries VA IPHC. Bellwood PH Church had a great history in the IPHC but recently fell on tough times. At one point, Bellwood PH Church, was one of the biggest and most predominant churches in the Eastern VA IPHC (Redemption Ministries) Conference. They made a bold jump in the late 90's to purchase an indoor tennis club. Over the next several years they declined unti
42 views0 comments

Faith Christian Assembly - Extension Loan Fund As a new member of the Ephesians 4 Network, Pastor Frank Julian and the congregation of Faith Christian Assembly in Melvindale, Michigan; just outside Detroit, were thankful and blessed for new growth and the blessings that God was bringing to the church. Their church, a former large retail store had been purchased and converted into a spacious and functional house of worship with room for all the ministries the church was involv
26 views0 comments

Quick Facts of the Fund

Facts - Extension Loan Fund The Loan Fund has assisted the International Pentecostal Holiness Church since 1958 to provide loans to more than 900 churches in five countries. We are focused on the business of selling fixed rate certificates and making loans to IPHC churches and ministries. Is and has been a tremendous resource for church planting congregations and denominational initiatives. Currently manages nearly 60 million in assets. #guickfacts #elf #iphc #fund #1958
16 views0 comments

History of the Fund

Extension Loan Fund In the 1950’s, Robert L. Rex had a vision to provide a way for congregations to access the resources needed to construct a suitable worship center. He realized many churches would not be able to secure a loan through a local bank, and he dreamt of a church-based organization that would step in and help. His dream became reality in 1958, when his son, Lonnie Rex, made the initial $100 investment. Nearly 55 years and 2300 annual investors later, the Extensio
31 views0 comments

Early Beginnings and a Lasting Relationship.

In the early 1950s, Rev. R. L. Rex, the father of Lonnie, was sent to Houston, Texas to start a new church. After six weeks of services under a tent, many people had been saved and it was decided that a church needed to be built for the new congregation. A suitable lot was found for the new building but there remained one big problem, no money. The church needed $8,000 and there was not a bank in town willing to loan them that much money. That was when Rev Rex came up with
10 views0 comments

Keys to the Kingdom Awards

The Extension Loan Fund Board presents the "Keys to the Kingdom Award" to Ronnie Kennett of Bluefield, WV and Garry Bryant of Oklahoma City, OK. Assembling in San Diego, CA on October 14th for the tri-annual board meeting, David Parker, President and David Benton, Chairman recognized the two board members for their dedication and commitment for their years of service. Mr. Kennett served the board a total of 11 years from 2002 to 2013 and was Graduate of the University of Wis
14 views0 comments